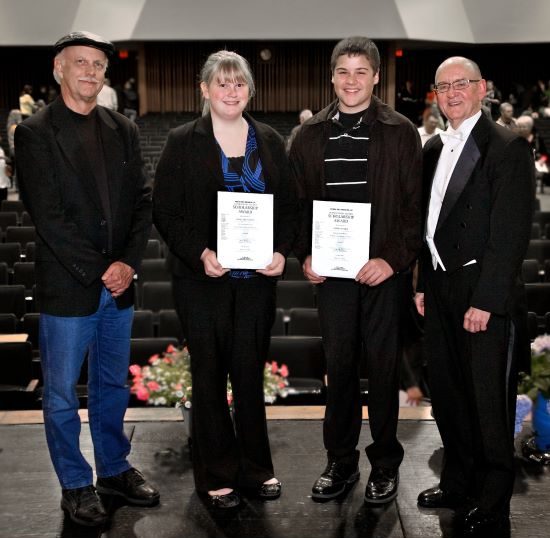 As part of the May 14 concert by the Lee’s Summit Symphony at the Bernard C. Campbell Performing Arts Center in Lee’s Summit, MO, the Metheny Music Foundation’s annual summer music studies scholarships were awarded by the Symphony’s music director, Russell E. Berlin and Foundation board member and chairman, Mike Metheny. Mr. Berlin is also a Metheny Music Foundation board member and serves on its Scholarship Committee.

Scholarships are awarded to qualifying Lee’s Summit music students in the fields of band, jazz, orchestra, vocal, “and any other area of music where the student shows passion and potential,” says Mike Metheny. “And if possible,” Metheny adds, “we try to let the recipients pick which summer session they would like to attend.”